Road to the Top

“When you are sitting in a comfortable chair watching television being beamed to you from the repeater station on Mt Te Aroha, due to commence operations soon, spare a thought for the men who made possible that improved reception. It was no easy task.”
Article - Waikato Times, 14 Feb 1964

The lower course of the mountain road was originally a bridle path established in 1884 after Clem Cornes, a gold prospector, made an exciting mineral find on Mt Te Aroha.

The trail emerged at what is now called the Tui Saddle and it was reported in a newspaper of the day that three bullocks were lost over the side of a steep cliff while carting timber beams for the trestles of an aerial ropeway under construction.

In 1962 it was decided to extend the road to accommodate the building of a television relay transmitter station and mast on the summit of Mt Te Aroha. This job carried an element of high risk as there was always the chance of a bulldozer toppling over the bank and plunging into the Tunakohoia Stream and on several occasions steel cables had to be hastily deployed from other bulldozers to stabilize a machine teetering on the edge. An explosives team assisted the drilling of obstructing rock and it took seven months and seven tonnes of explosives to break through to the top.

A helicopter was used to lower power poles into position along a ridge to just below the summit and a team of Italian construction workers finished assembling the 413ft mast in 1965. In 1985, a 126 metre replacement was built and is now a familiar feature atop the pinnacle of Mt Te Aroha.

Once the road was completed and the transmitter station fully operational, the prospect of taking visitors along the scenic road to the summit was considered and for seventeen years the ‘Mountain Turtle Bus’ successfully carried groups to the summit.

From 1987 – 1999 a private operator continued the trips until a new era of safety regulations and other factors prevented bus tours from operating on the mountain. Tours recommenced by 4WD vehicle and from 2001 to 2003 some fifty trips were run.

Tours stopped once the remediation project at the Tui mines began (http://www.waikatoregion.govt.nz/tui-mine). Remediation work finished in 2013 but the operator decided not to continue with the tours up to the top of Mt Te Aroha. Please note that the road is NOT open to the public (there is a gate just past a parking area where the Tui Domain track meets Mountain Road). 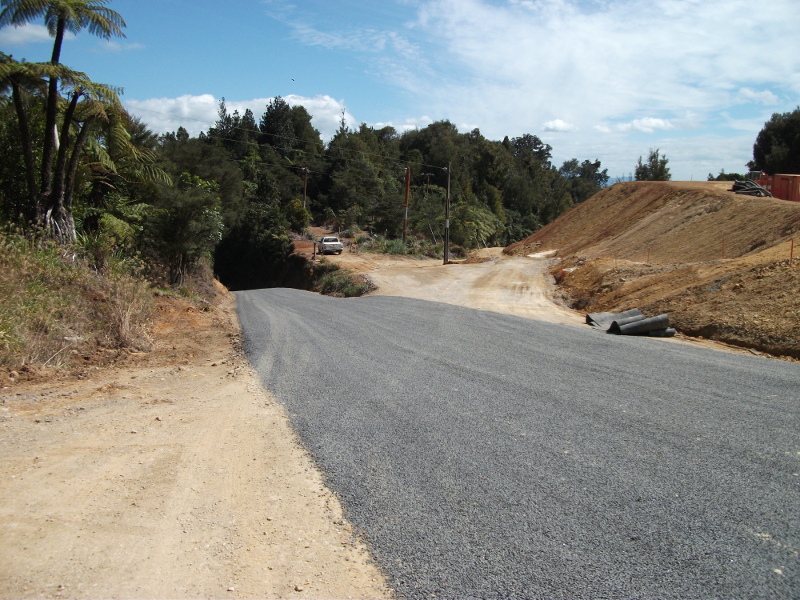 Kevin Wells, Te Aroha Historian, for extracts from his book ‘The Noble Aroha’ copies of which are available for sale at the Te Aroha & Districts Museum.